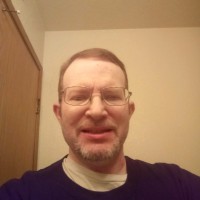 Originally from Long Island, New York. I have no children.

I can be shy at first at times but warm up later to people Iater.

I remain a positive attitude, be respectful and loyal. I keep my sense of humor in my back pocket for times when I need it the most.

My highest level of education is an Associates degree in Applied Science: Advertising Art and Design which I received from a State University when I lived in New York.

What I'm doing with my life:
Looking for work/volunteer work. Trying different things that spark my interest. Took a class at CSN College. Looking for some meaningful employment not just another job working in Retail again. Helping my parents out in any way I can. They are elderly now so it's my turn to help them out now.
TALENT
I'm really good at
Illustration, Art, and Computers.
MY TRAITS
The first thing people notice about me
Blue eyes.

Books: Will get back to this one.

NEEDS
Six things I could never do without
A car.
PS4 joke?
Art.
Pizza.
Ice cream.
A computer with internet access.
MOMENTS
On a typical Friday night I am
It depends.

You should message me if
I sparked your interest and being friends everywhere and or activity partners in Las Vegas, Nevada are okay with you for now.

COMICS
If I could score one original, plastic-sealed, mint-condition comic it would be
Detective Comics #27 First Comic Book Starring Batman